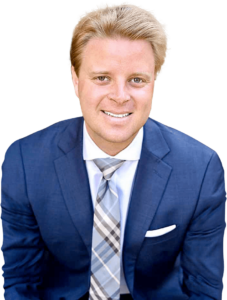 Whether you are charged with misdemeanor simple possession or a more serious charge such as drug trafficking, because law enforcement agencies are spending more time, resources and money than ever to convict those charged with drug crimes, it is more important than ever that you have an attorney and firm that understands the state and federal drug laws and who will vigorously defend you. Our founding attorney, Lance Baker, and The Baker Law Firm do both of those.

We Challenge The Evidence

The Fourth Amendment to the United States Constitution protects you from unreasonable searches and seizures. Simply put, there is likely no worse feeling than finding out after you strike a plea deal with prosecutors that the evidence used to gain a conviction was obtained in an illegal search or seizure. If this is discovered prior to a plea deal, it is likely that the prosecutors case quickly crumbles. On the other hand, it may allow you to gain an outright dismissal of your charges and case altogether. To avoid this pivotal blunder, The Baker Law Firm analyzes and examines every angle of your case and zealously advocates to have illegally obtained evidenced suppressed so that it is barred from being used against our clients in court.

Drug convictions can range from 11 months 29 days in jail for a misdemeanor charge of simple possession or drug paraphernalia, to as long as 25 years in prison for a felony charge of manufacturing, selling or trafficking.

If you have been charged with a drug offense, it is imperative that you hire a law firm that knows when to apply an aggressive style of pressure and when to ease back, observe and lay in wait. The Baker Law Firm is that firm.

The Baker Law Firm defends clients against all drug offenses, including, but not limited to:

Have you been arrested, charged or accused of drug crime or drug offense?  Contact The Baker Law Firm today for a FREE case evaluation and consultation – we serve clients across East and Middle Tennessee. Our Knoxville drug crime defense lawyer works for YOU and YOUR RIGHTS!